Intro: Just a basic research on the internet about poor air quality and its side effects will bring up numerous results on how air quality severely affects our life. In fact make it India specific and you’ll be reminded of how the Delhi government took the tough decision of the odd and even number cars that would be allowed on the road on alternative days in an attempt to lower the city’s pollution levels.

Delhi’s high pollution levels are just an example of how we are destroying our eco-system one day at a time. But to be true every Indian metropolitan city is facing the same troubles. An explosion of people, cars, machines all lead to degradation of natural resources. Air pollution, as it is simply known leads to multiple diseases such as shortness of breath, respiratory issues, decreased lung functions and added stress to heart and lungs. In fact a report by Greenpeace states that around 1.6 million people died in India and China in 2015 due to bad air quality. The report also claims that in India the air pollution death rate was four times greater than the rate in other high-income countries and this is among the top causes of premature deaths after tobacco smoking.

These numbers are appalling and worrisome. This massacre caused by degradation of our environment can be brought to a stop only by taking preventive measures which include growing more trees, lower usage of vehicles, limiting smoke emissions and monitoring poisonous chemicals being let out by industries. But to bring about this change in motion will take a long time and a multiple bodies to join hands with the same goal of breathing in fresh, pure and harmless oxygen. While the former may not be immediately possible the later is now as easily doable as spraying deodorant.

Revolt oxygen a can of 95 % pure oxygen is made with the purpose of providing clean air to people who are worried about their health. Manufactured in sleek, easy to carry cans in two sizes (slim and mini) this product makes it possible to carry your own oxygen in your bag without worrying about its side-effects because there are none.

The benefits however are many. A few puffs of Revolt Oxygen will energise you to take on the world while it also successfully beats hangovers, headaches, breathlessness and claustrophobia. A convenient to carry can of Revolt will also help you get over tiredness and jetlag when you are hell bent on enjoying every moment of your trips. Sports enthusiasts, athletes and adventurers will also appreciate this can which allows you to breathe fresh, unadulterated air.  So if you are looking for a cool gift for your sporty friend or a travel essential to present to an acquaintance that’s taking off soon give them Revolt Oxygen and they’ll appreciate you forever not only to have gifted them pure oxygen but also to have introduced you to such a revolutionary product that is becoming the need of the hour in today’s day and age. 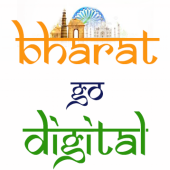 We would love to see your #startup grow. Share the story of your startup on our platform so that we can bring it in-front of people and investors.

Now All the #Scholarships Will be Available Online at One Place